Is Amazon Air a threat to UPS and FedEx? 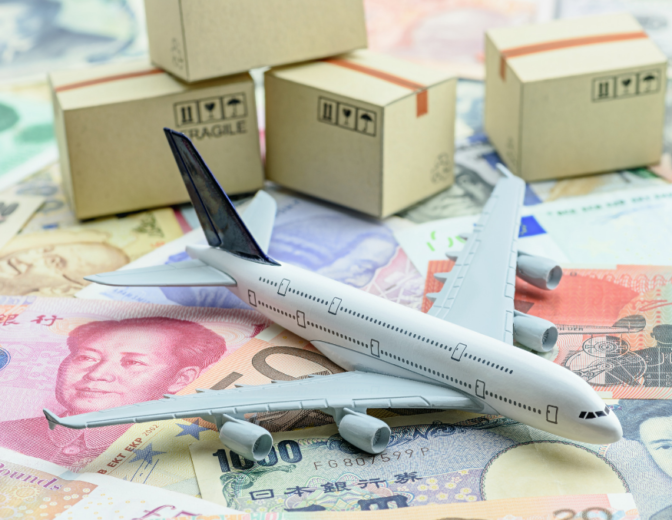 Amazon announced in December it will add ten new cargo planes to its fleet over the next two years. Since 2016, the e-commerce juggernaut has rapidly built a 40-aircraft fleet and this additional growth will bring its fleet to a total of 50 planes. Will Amazon compete as a third-party air cargo provider or are those predictions invalid?

Morgan Stanley analyst Ravi Shanker reported a shocking statistic that both delivery giants could lose 10% of their revenue to Amazon Air by 2025. Both UPS and FedEx stocks plummeted 6% as a result of Shanker’s projections.

Currently, Amazon uses both FedEx, UPS, and USPS for the majority of its deliveries. Although Amazon isn’t ditching these carriers in the short-term, in the long-term they are at risk of losing Amazon as a major customer if the air fleet continues to expand. Amazon is focused on efficiency and customer satisfaction, which are both strained when logistics operations are outside Amazon’s control.

These aren’t the only reasons to bring delivery service in-house. Shanker predicts Amazon could save 3% to 6% of its global shipping costs by managing air deliveries.

Amazon selected Fort Worth Alliance Airport as its regional hub and plans to open operations in 2019, followed by the opening of a hub at the Cincinnati/Northern Kentucky International Airport in 2021 which it initially announced in 2017.

Amazon’s location is making waves because FedEx is currently the sole commercial operator at Fort Worth Alliance Airport. Amazon representatives stated the facility will be constructed with the future in mind to include sortation capability and infrastructure to handle multiple flights daily and meet Amazon Air’s larger scale regional requirements.

It should concern UPS and FedEx that Amazon purchased stakes in both Air Transport Services Group (ATSG) and Atlas Air Worldwide Holdings (AAWW), two freight delivery airlines. However, UPS and FedEx don’t appear to be sweating Amazon’s advancements in the logistics and delivery service space.

FedEx has clearly brushed off the idea of Amazon as a threat, with CEO Frederick Smith telling investors, “We don’t see them as a peer competitor at this point in time.” He went on to explain Amazon’s system is scheduled differently than FedEx’s system, so the two systems are not in direct competition and Wall Street’s concerns about Amazon represented a significant misunderstanding.

What Amazon Air means for shippers

Despite FedEx claims, Amazon’s move to dominate delivery and logistics could have serious financial implications for carriers currently benefiting from Amazon’s business. Amazon developments shouldn’t be ignored or downplayed as this hasn’t been the first mention of delivery services provided by Amazon. It’s possible having another player in the mix could force UPS and FedEx to lower shipping rates to remain competitive. Time will tell what Amazon’s true motives are for building different forms of transportation and delivery options.